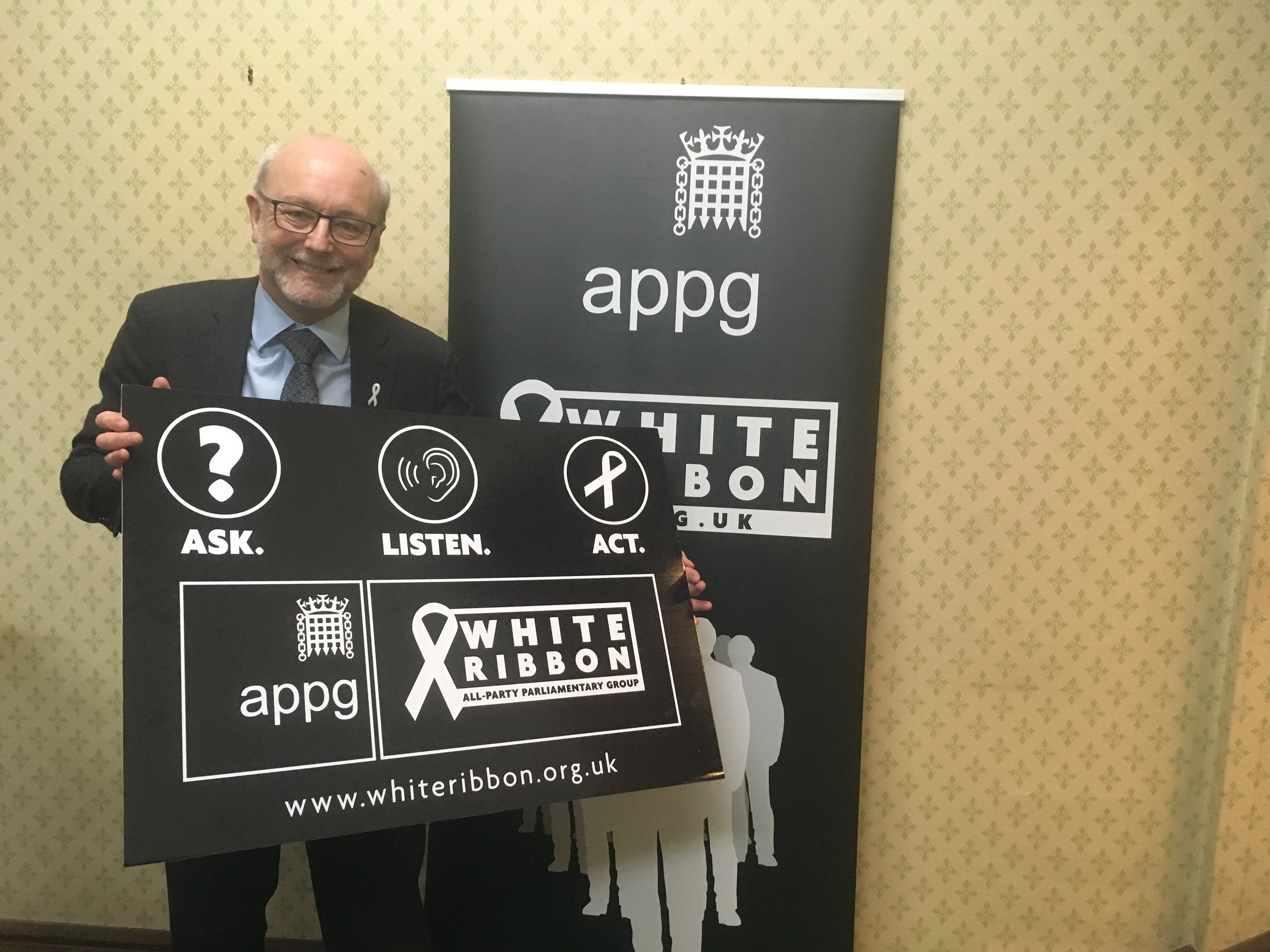 Stockton North MP, Alex Cunningham, proudly supported White Ribbon Day – part of the international movement to eliminate violence against woman and girls, and is encouraging men and boys to play their part in the campaign.

International Day for the Elimination of Violence Against Women, also known as “White Ribbon Day”, was on 25 November and launched White Ribbon UK’s ’16 Days of Activism against gender violence’. Of the estimated 500,000 reports of sexual assault reported each year, over 85% of victims are women, but violence against women is still widely considered a ‘women’s issue’. The White Ribbon Campaign is about encouraging men to be part of the solution – to understand the effect that toxic masculinity is having on society, and help other men and boys to take responsibility.

Violence against women and girls is completely unacceptable, and any steps we can take to tackle it can only be a good thing. That’s why I’m supporting White Ribbon UK’s campaign to raise awareness, and more importantly – get men to understand the role they can play in tackling violence against women.

For more information, or to become an ambassador for White Ribbon UK, visit www.whiteribbon.org.uk.

Alex gets on board to support new campaign for accessible transport