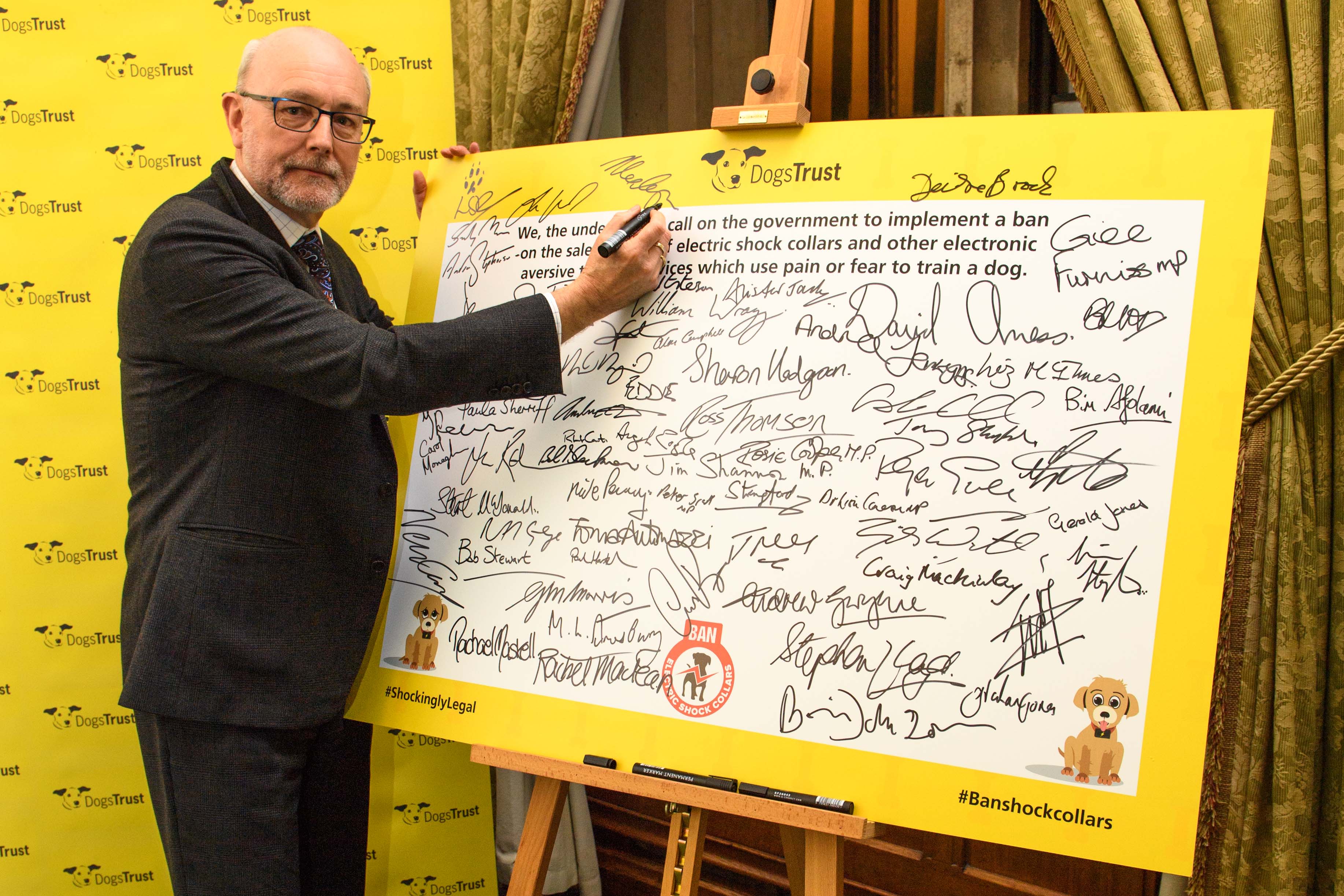 Dogs Trust call on the Government to implement a ban on the use and sale of electric shock collars and other aversive training devices.. Westminster, London, , UK. . February-20-2018. photo: Clive Tagg

Dogs Trust calling on Government to ban sale of electric shock collars with #ShockinglyLegal campaign, with a revelation that a third of the public wrongly believe that shock collars are already illegal.

Wales and Scotland have already banned their use, but Westminster is dragging its heels, despite the Foreign Secretary even comparing the practice to caning a child.

Alex attended a Dogs Trust drop in event at the House of Commons to pledge his support to help ban the use and sale of these aversive training device and was told a recent poll revealed around a third (31%) of the public wrongly believe shock collars are already illegal, yet despite public opinion, buying and using one of these painful devices to correct a dog’s behaviour, is shockingly still lawful in England.

84% of people know that shock collars cause a dog pain, but the sad reality is that they are still readily available to buy at the click of a button. These torturous devices can send between 100 to 6000 Volts to a dog’s neck, and have the capacity to continuously shock a dog for up to 11 terrifying seconds at a time.

Research shows that physical effects can include yelping, squealing, crouching, and physiological signs of distress in direct response to an electric shock. It’s not just shock collars – spray and sonic collars are also widely for sale.

“I’m pleased to support to Dogs Trust in calling for a ban on the use and sale of electronic shock collars. These aversive training methods are outdated and cruel, and there is no need for them to be used when there are so many positive training methods available. This is a hugely important issue for dog welfare and I hope my support will help make a difference. ”