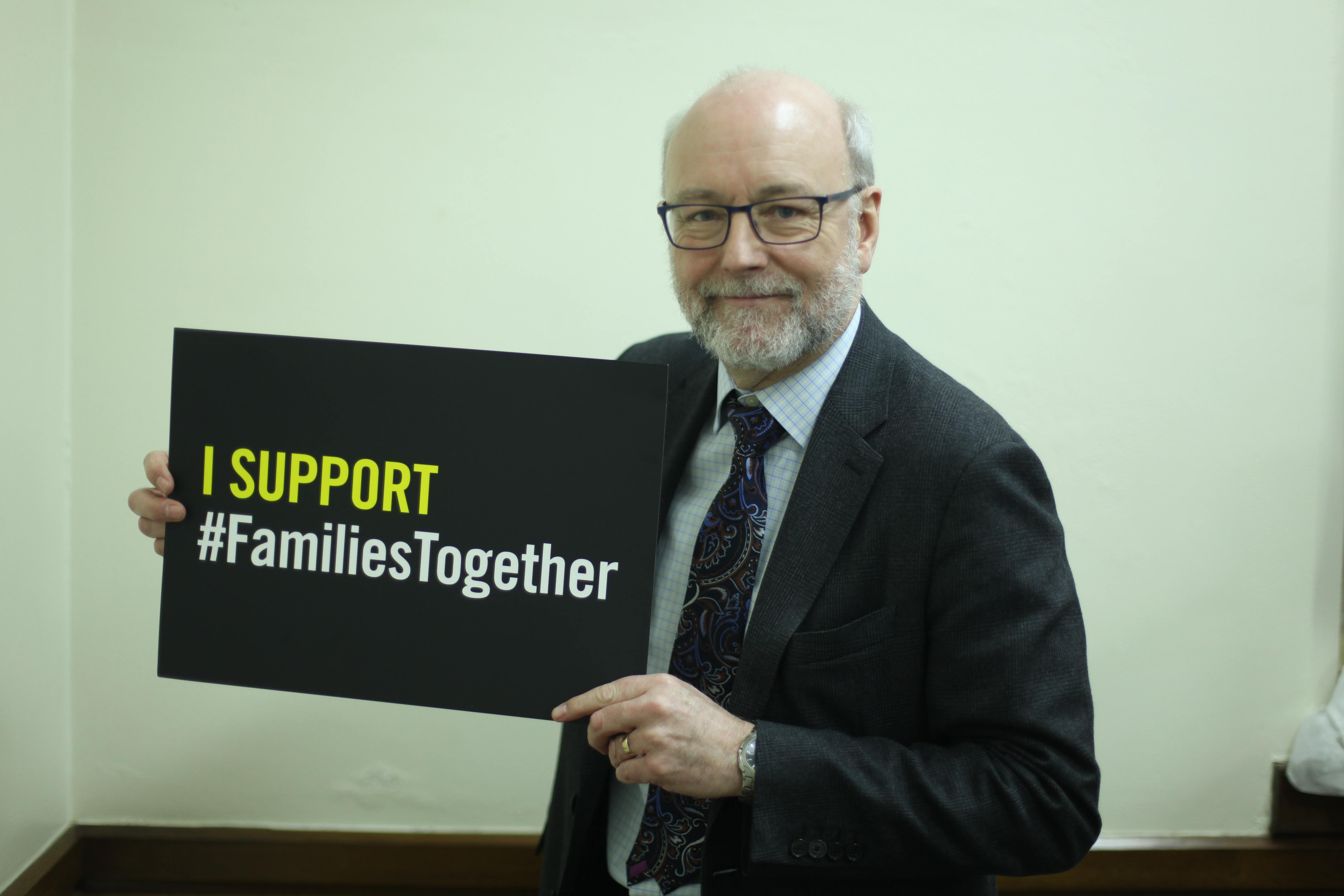 In the House of Commons last week, Alex met with members of the Families Together campaign to discuss the urgency of reuniting refugee families in the UK. Refugees who have been separated from their families continue to be remain apart from their loved ones because of current restrictive UK laws on refugee family reunion.

The rules mean that some people with family members in the UK – including children who have turned 18 and elderly parents – often find themselves facing an impossible choice: remain in what can often be an insecure and dangerous place, or embark on a treacherous, expensive, unregulated journey, often in the hands of smugglers.

The rules also prevent child refugees in this country from sponsoring even their closest family members to join them, making the UK one of only two EU countries to deny refugee children the chance to grow up with their family.

The Refugee (Families Reunion) Bill debate on Friday 16 March has the power to change this. If the Bill were to pass its second reading, it would bring the UK one step closer to undoing this wrong.

The Bill calls for:

Ahead of the debate, Alex, said:

“Refugees should have the right to be with their family, the people that know them best and make them feel safe. But tragically, every single day refugee families already torn apart by conflict and war are being kept apart by restrictive UK rules.

“This urgently needs to change. Unfortunately I am unable to attend the debate this Friday due to long-standing constituency commitments, but I wanted to publicly support the issue in the way that I could.”

The Private Member’s Bill is supported by Families Together, a coalition of organisations including Amnesty International, STAR Network, Refugee Council, UNHCR and the British Red Cross amongst others.