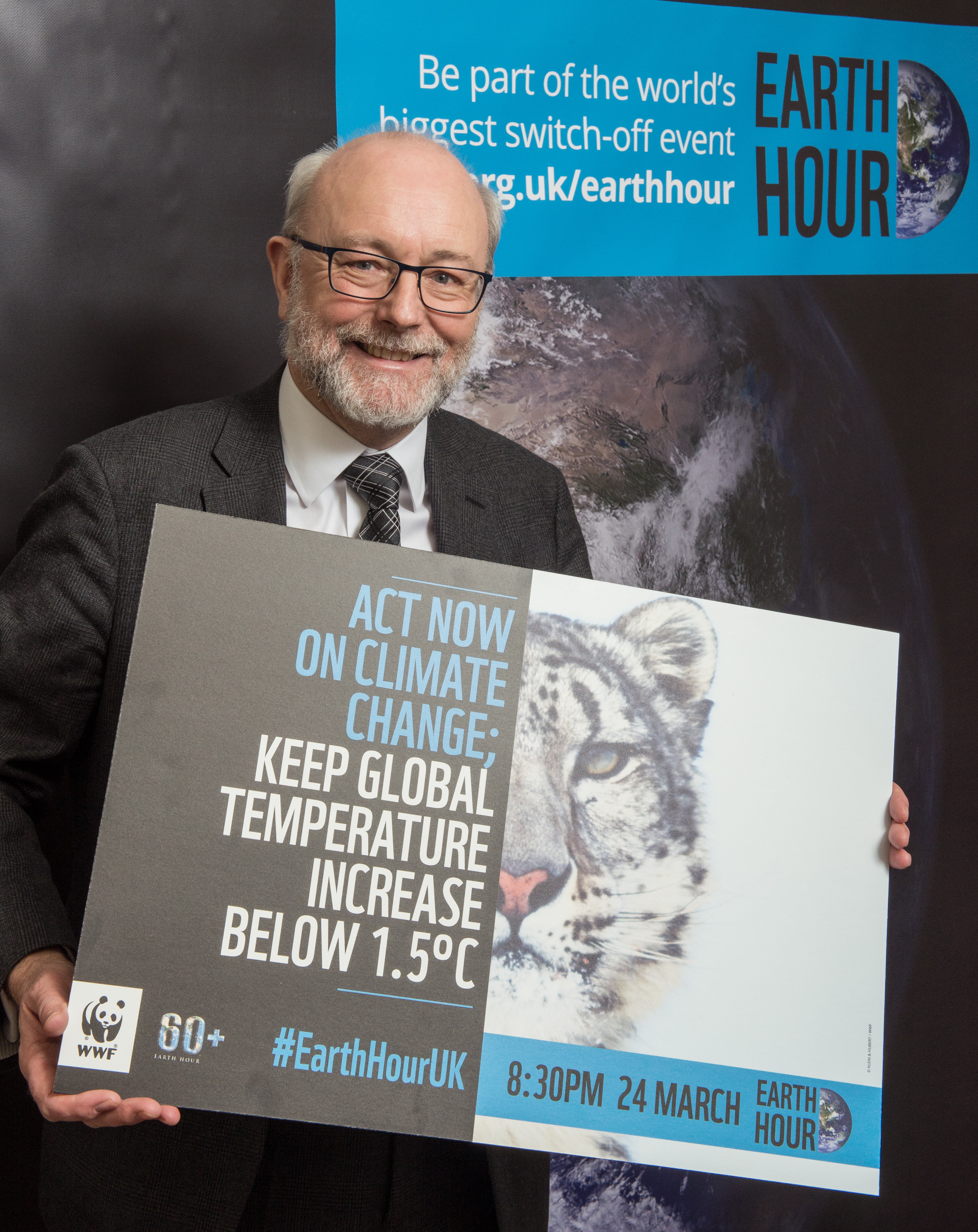 Stockton North MP, Alex Cunningham, has pledged to make the planet their priority ahead of WWF’s Earth Hour, the world’s largest event to protect the planet.

Taking place at 8:30-9:30pm on Saturday 24 March, the event is the world’s largest show of support for our planet. Lights around the world will go out for the hour, from the Taj Mahal to Buckingham Palace, as well as hundreds of millions of people around the world. In the UK alone, more than eight million people and 300 landmarks, including The Shard, Edinburgh Castle and Carnaby Street, are expected to participate.

WWF is calling on politicians to show their commitment to tackling key environmental issues such as restoring wildlife, acting on climate change and ending plastic pollution by joining in and making a pledge. Today Alex Cunningham joined the call by pledging to act on Climate Change, to keep global temperature increase below 1.5 degrees.

This year WWF’s Earth Hour is also calling on people to make a #PromiseForThePlanet – a simple lifestyle change that combined with thousands of other pledges can make a big difference.  The promises include refusing plastic cutlery, switching to a green energy provider and reducing the amount of meat you eat by becoming a flexitarian.

“WWF’s Earth Hour provides an opportunity to raise awareness of some of the biggest environmental challenges facing our generation. I hope by making this promise today that I can encourage others to make a pledge too. Together we can make a difference.”

“Much of the wildlife we love is being seriously threatened by the pressures we put on our planet, including the effects of climate change, pollution, deforestation and generally living beyond the Earth’s means.

“We’re delighted to see MPs from across the UK give their support to Earth Hour and make a pledge to protect the planet. We hope they will inspire many others in their constituencies and communities to make a promise of their own.”