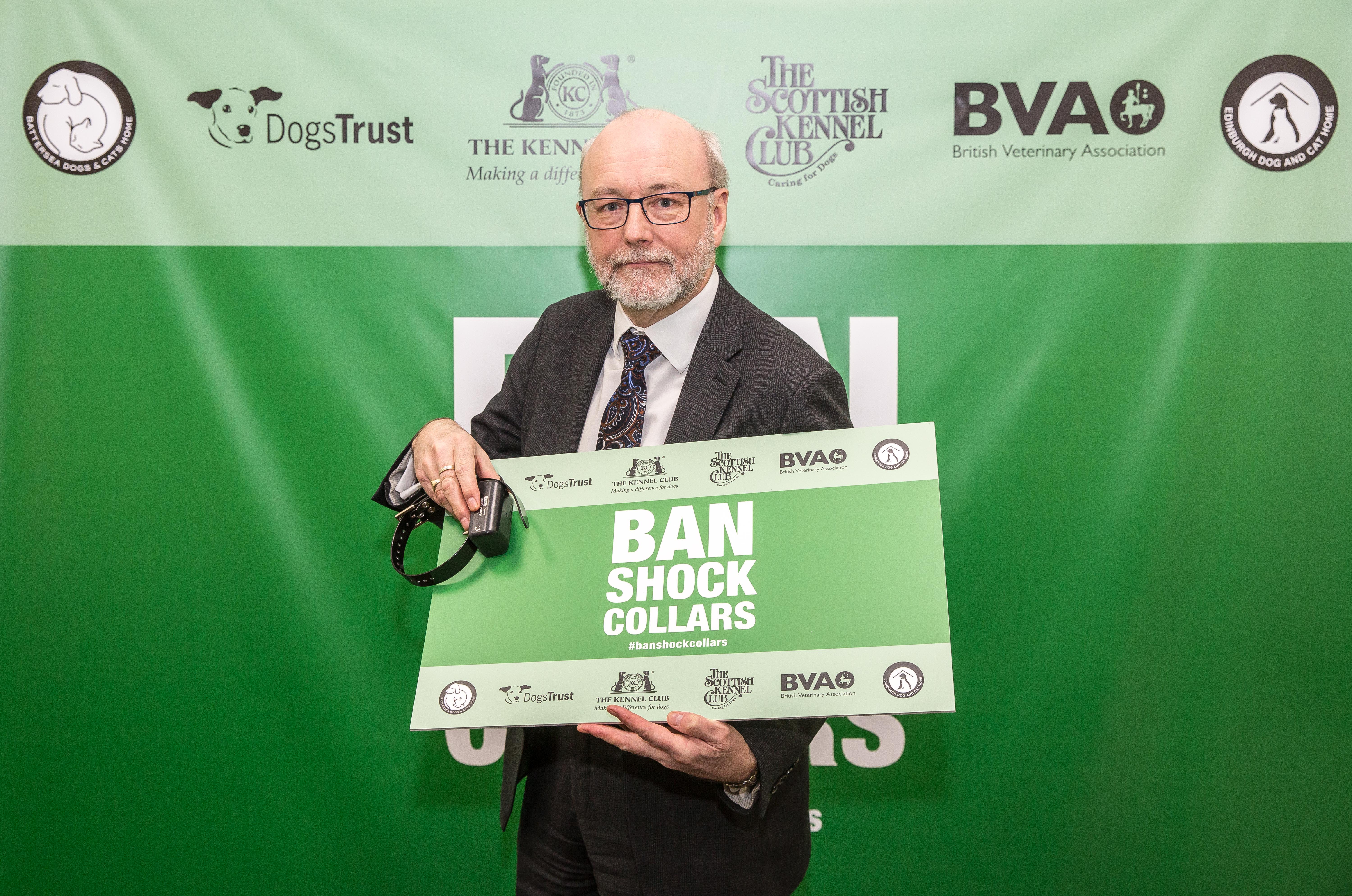 Alex Cunningham MP for Stockton North joined forces with the Kennel Club, Battersea Dogs & Cats Home, the British Veterinary Association, Dogs Trust, Edinburgh Dog and Cat Home and the Scottish Kennel Club in Parliament yesterday (6 March) for at an event calling for a ban on the use and sale of electric shock collars.

The event for MPs, which was sponsored by Matthew Offord MP, Deidre Brock MP, Tim Farron MP, Angela Smith MP and Ross Thomson MP gave MPs an opportunity to call upon the Environment Secretary, Michael Gove to open a consultation on how to ban the sale and use of these cruel and unnecessary devices. It also saw a number of MPs in attendance try out the painful device on themselves.

Electric shock collars are fitted around a dog’s neck and deliver an electric shock via a remote control or automatic trigger. They train dogs through fear of further punishment by administering shocks to the dog when they do not perform and cause significant suffering.

The use of devices has been banned in Wales since 2010 and the Scottish Government recently announced plans to follow suit. In addition, bans are in place across Europe and much of Australia.

Research published by the Department of Environment, Food and Rural Affairs (Defra) concluded that the use of electric shock collars as a training method has long-term negative welfare impacts on dogs. Furthermore, an independent survey commissioned by the Kennel Club found that 74 per cent of the public would support the Government in introducing a ban on their use.

The Kennel Club, Battersea Dogs & Cats Home, the British Veterinary Association, Dogs Trust, Edinburgh Dog and Cat Home and the Scottish Kennel Club strongly believe that every dog should be trained using humane and positive, reward-based methods. These are proven to be highly successful in modifying behaviour including aggression, without subjecting dogs to pain.