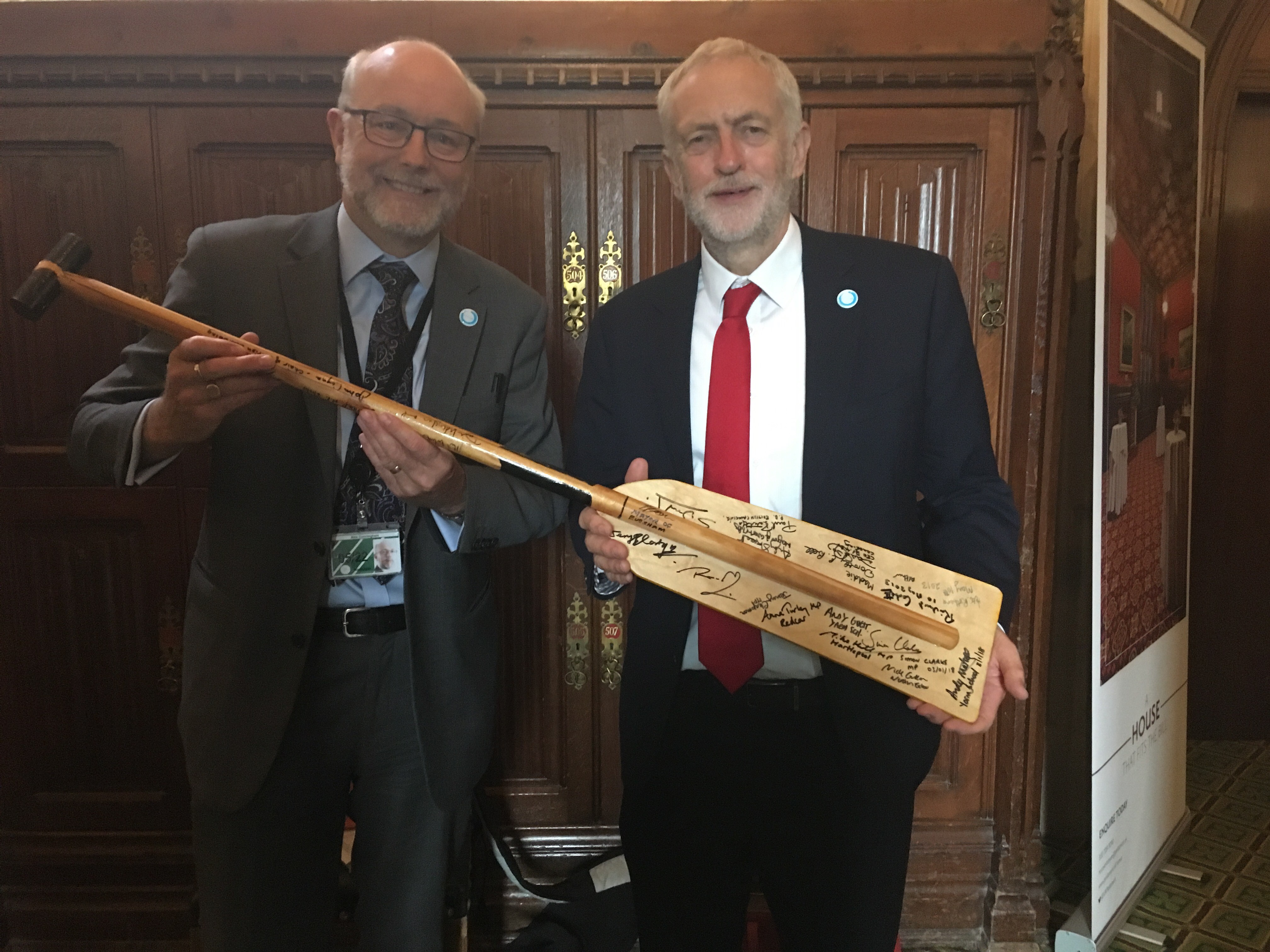 Jeremy Corbyn, the Leader of the Labour Party joined Stockton North MP Alex Cunningham in supporting the ‘Paddle for Life’ campaign that was started by Stockton-born David Train who is a former Olympic-canoe coach who is now campaigning to bring the world on board to tackle climate change through sport.

Many world leaders and British politicians have signed the paddle including Jeremy Corbyn, and Theresa May, with the idea that it can unite the world and bring everyone on board to tackle climate change.

Other people that have signed it include Andy McDonald MP, Simon Clarke MP, Anna Turley MP, Mike Hill MP, and Paul Williams MP, as well as Government Ministers including Sajid Javid. The aim is to get it into the hands of President Macron and the Mayor of Paris ahead of the build up to the 2024 Paris Olympics, and to embed the ideas of the Paris Climate Change Agreement in world culture.

“I was pleased to help David with this campaign by getting Jeremy to sign the paddle, and now it will continue its journey ahead of the 2024 Olympics.

“I hope David is successful in getting it into the hands of President Macron, and that tackling climate change can be recognised as a key challenge of our lifetime.”