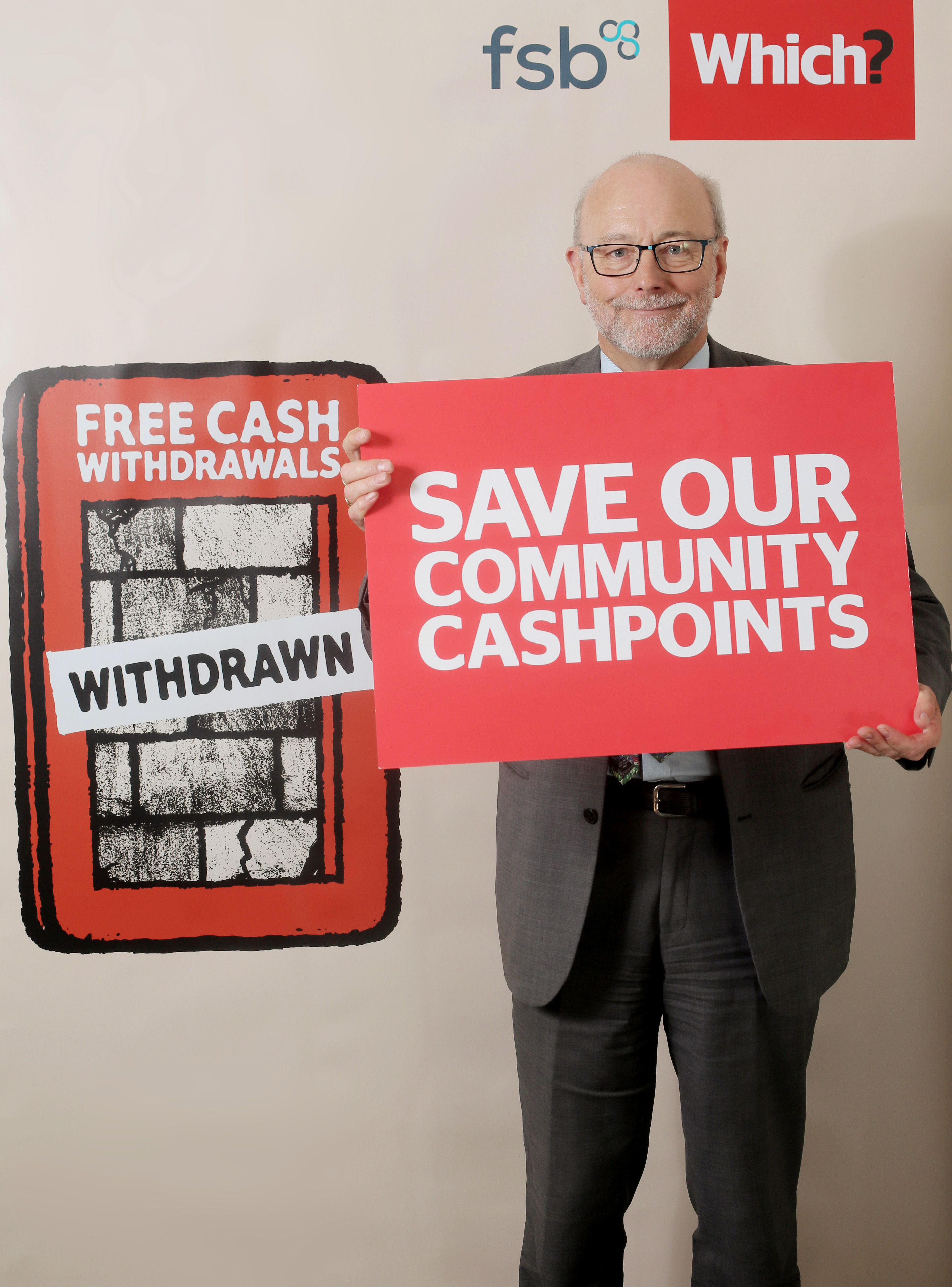 With over 500 ATMs closing across the UK every month, Alex Cunningham is backing a campaign to save Stockton North’s cashpoints.

Along with Which? and the Federation of Small Businesses, Alex is demanding that the regulator urgently intervenes before more communities are left without free access to cash withdrawals.

Cashpoints are under threat because LINK – which runs the UK’s largest cash machine network – has cut the amount that banks pay operators for withdrawals, making some machines no longer financially viable to run.

With 2,611 machines having disappeared in the five months between December 2017 and May this year, fears are mounting that Stockton could lose its cashpoints, impacting highstreets, local trade and peoples’ ability to pay for local goods and services.

“Our community cannot afford to lose its cashpoints, which local businesses and people rely on. These machines are vital to the local economy and important to peoples’ daily lives – from buying groceries to paying bills – access to cash is essential.

“That’s why I’m backing the ‘Save our Cashpoints’ campaign and will be calling on the regulator to ensure local people aren’t suddenly left being unable to pay in cash.”

These reductions mark a twelve-fold increase from a steady rate of fewer than 50 closures a month since 2015 and accelerated as operators began to learn of the plans from LINK.

Of concern to Alex, is that almost four percent of the ATM network was lost across the country in the five months up to May this year.

The ‘Save our Cashpoints’ campaign calls on the Payment Systems Regulator to conduct an urgent review to fully evaluate the impact that these changes could have on communities and peoples’ ability to use cash payments.

“With hundreds of cashpoints closing every month we have serious concerns that many people will be left struggling to access the cash they need – with severe consequences for communities and businesses.

“The impact of these funding cuts is already clear – with machines closing at a frightening pace. The regulator must act now to stop further closures and ensure that people aren’t suddenly stripped of their free access to cash.”