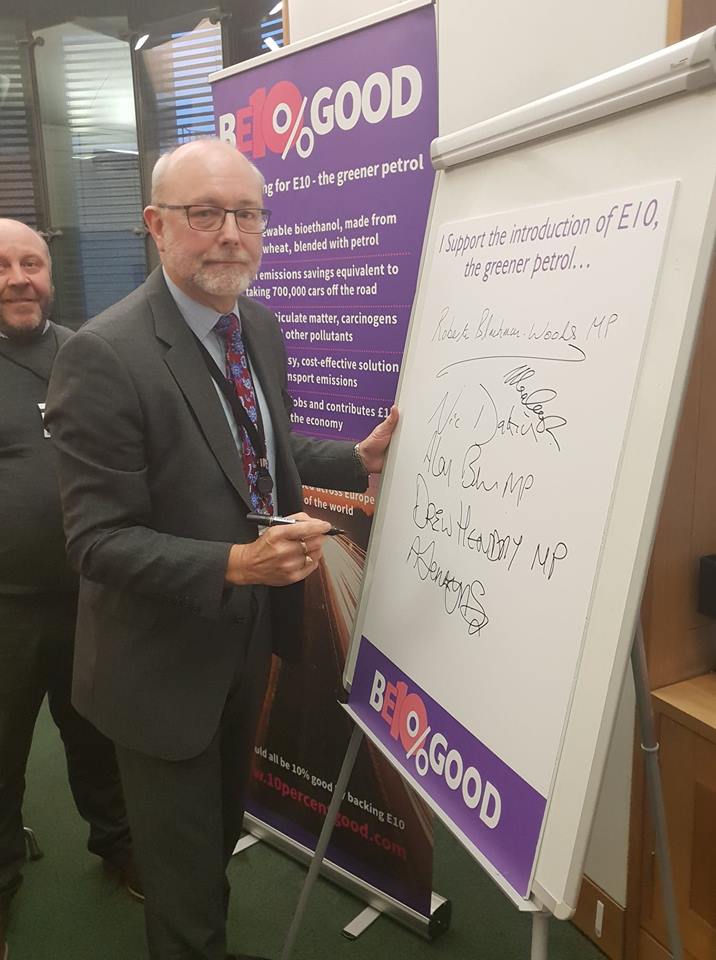 Today in Parliament, local MP for Stockton North, Alex Cunningham, called on the Government to make a greener fuel available at British petrol stations. The new greener fuel called E10 would have a bioethanol blend of 10%, compared to the current limit of a 5% blend called E5 which is presently available at the pumps.

Signing the pledge to support the 10percentgood campaign to introduce E10 at the Annual General Meeting of the All Party Parliamentary Group for British Bioethanol in Parliament, Alex Cunningham MP said:

“I’m backing the campaign for E10 fuel as it would make the air cleaner for thousands of my constituents in Stockton North.

“Using this greener fuel would be like taking 700,000 cars off the road, which if placed end to end would stretch the distance from Stockton North to Moscow which is bonkers.”

“The Transport Department needs to stop kicking the can down the road, and make E10 available at the pumps without any further delays in order to support both the British economy and protect the global environment.”