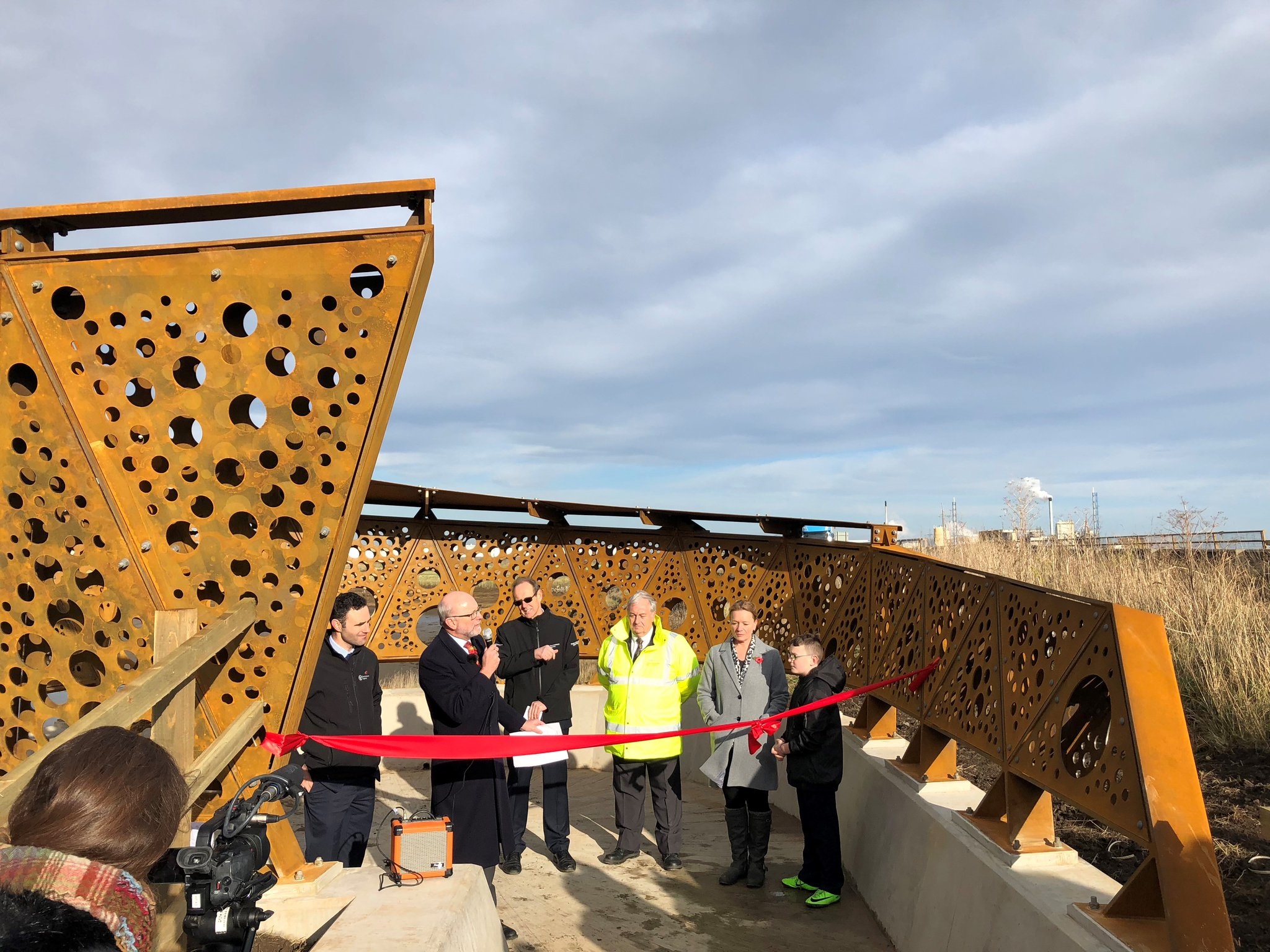 The campaign is aimed at young people aged 18-34 – particularly renters and young families – this year, an age bracket the Environment Agency has determined is least likely to know if the area they live in is at risk of flooding, and is most likely to take risks during a flood emergency. During the weekly campaign, the Environment Agency will launch its #JustOneThing and #PrepareActSurvive campaigns to encourage people to think about how they would respond to a flood risk.

The campaign follows the completion of the £16m flood defence scheme at Port Clarence, which was carried out after severe storms caused flood damage to 32 homes and saw 250 people evacuated to safety. Alex attended the opening of this scheme, alongside local residents, and representatives from Stockton Council and the Environment Agency, earlier in November.

Alex at the opening of the Port Clarence flood defences

With flooding being a serious concern in some parts of Stockton North, the Environment Agency’s Flood Action Campaign is a vitally important one. Far too many people are either unaware if their home is at risk of flooding, or of what to do if their home was flooded, and I hope this week of action by the Environment Agency will go some way to give people the facts they need to ensure they stay safe during a flood.

More information on the campaign, and what to do in a flood, can be found here: https://flood-warning-information.service.gov.uk/what-to-do-in-a-flood?utm_source=Partner&utm_medium=PartnerActivity&utm_campaign=FloodsDestroy

Alex calls for improved detection and treatment of atrial fibrillation to prevent 7,100 strokes a year