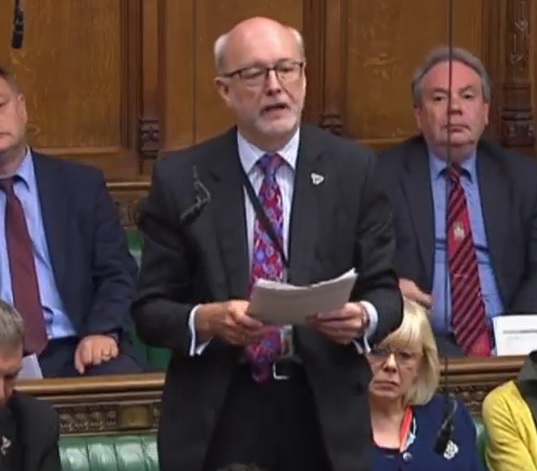 Stockton North MP, Alex Cunningham, has called on the Prime Minister to “show some compassion” as he highlighted a case which sees a young woman refugee facing homelessness, and being put at risk of trafficking, as a result of the Government refusing her support.

The constituent, who has escaped significant abuses in the Cameroon, faces homelessness following the Government’s refusal to grant her asylum. Despite having a “challenge” submitted to the Asylum Support Tribunal, the refusal to provide support means that she cannot remain in her accommodation.

I am dealing with the most traumatic of constituency cases affecting a vulnerable young woman refugee now at risk of prostitution and trafficking here in the UK.

She faces being thrown out on the streets by this Government who have refused her the support she desperately needs – even though she has a further ‘challenge’ submitted to the Asylum Support Tribunal.

Will the Prime Minister please show her some compassion?

Responding to his question the Prime Minister requested Alex pass the details on to the Home Secretary, but offered no commitment or apology for the Home Office’s decision to refuse support to the woman.

This is tragic case which could see a young, extremely vulnerable woman, being forced on the streets and into the hands of traffickers and others seeking to abuse her vulnerability. It could be avoided had the Government only shown some compassion when dealing with asylum cases.

I’m pleased the Home Secretary will look at my constituent’s case, but it is clear the process needs root-branch reform to ensure cases are dealt with sensitively.