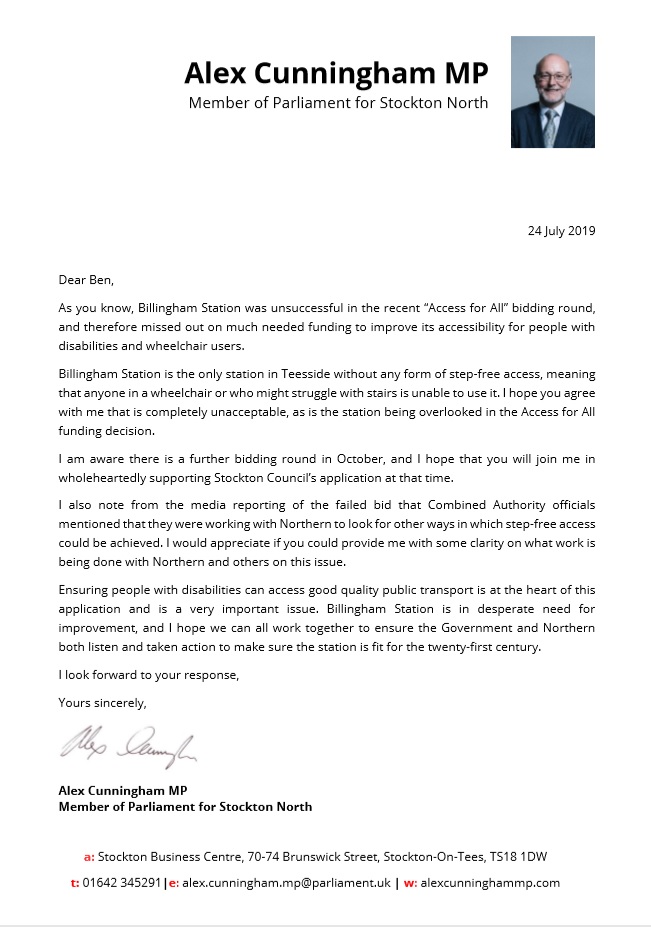 Stockton North MP, Alex Cunningham, has accused the Government of contempt for Stockton after it transpired that Ministers did not inform Stockton Borough Council of their decision to reject funding proposals for Billingham Station.

The Council only discovered the bid had failed after checking the Government website. Billingham Station is the only one in Teesside without any step-free access to its platforms, effectively stopping wheelchair users and people with disabilities from using the station. An application had been submitted by Stockton Council to secure funding for accessibility improvements, but this was rejected.

A further bidding round to the Access for All fund opens in October 2019.

If the Government’s decision to reject a bid for much needed accessibility improvements to Billingham Station wasn’t bad enough, not even bothering to inform the Council of the decision smacks of nothing short of contempt for our area.

I’ll be supporting Stockton Council’s next application – and I’ve written the Tees Valley Mayor asking him to do so too.  I only hope that the Government makes the right decision this next round, support the Council’s efforts to make Billingham Station accessible for everyone – and that they treat the people of Stockton with respect in their answer.