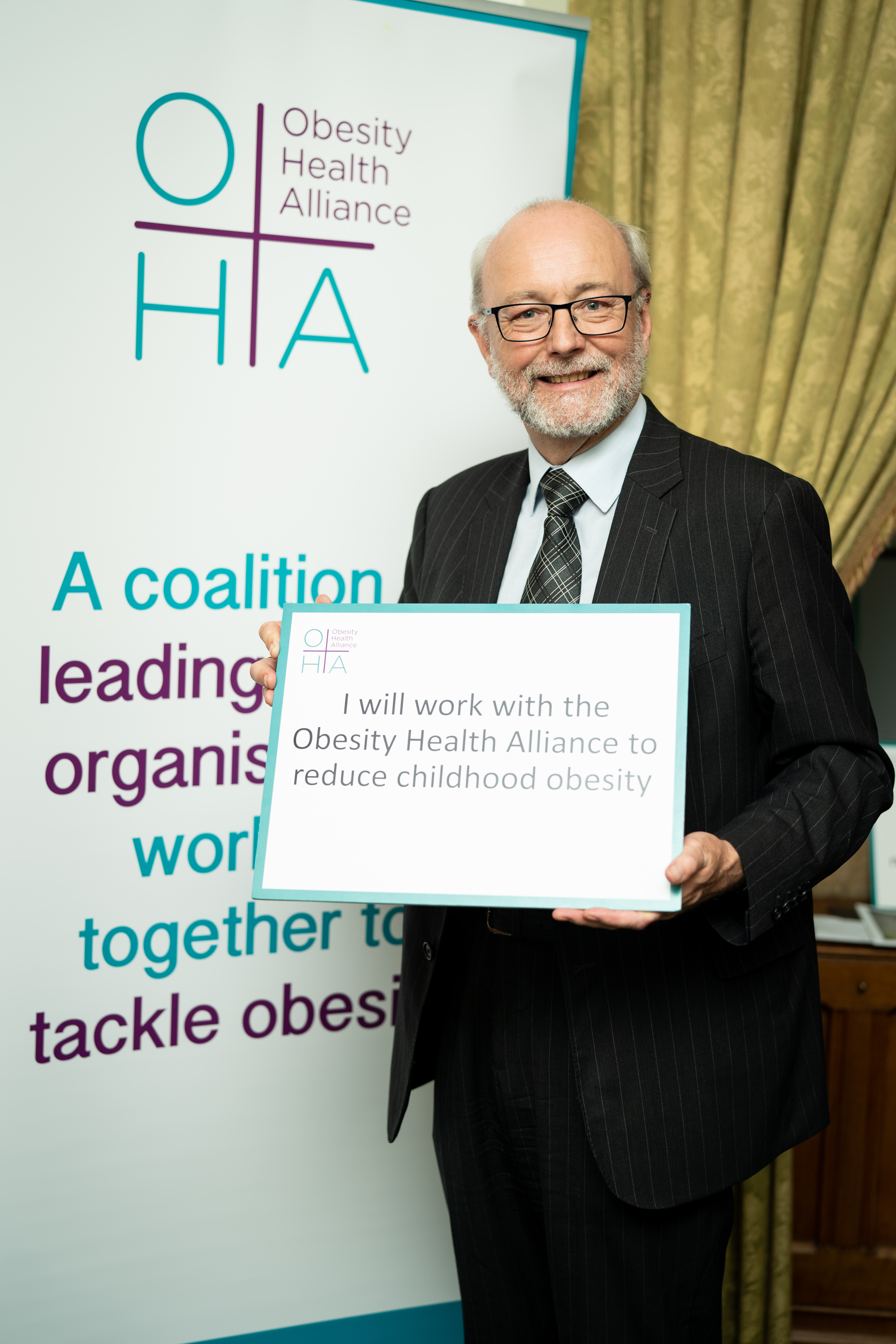 Last week, Stockton North MP Alex Cunningham attended an event in Parliament to support calls for the new Prime Minister to push on with plans to reduce childhood obesity.

The event was organised by the Obesity Health Alliance, a coalition of over 40 leading charities, medical royal colleges and campaign groups, to mark the one-year anniversary of chapter 2 of the Government’s childhood obesity plan.

MPs in attendance heard from obesity experts about a scorecard detailing progress made in the last year – which sees the majority of vital policies stalled at the amber lights.

The Government has held 12-week consultations on banning the sale of energy drinks to children, mandatory calorie labelling in cafes, restaurants and takeaways, restricting unhealthy food promotions and introducing a 9pm watershed on unhealthy adverts on TV and online. The first two consultations were closed by December – but seven months on, nothing further has been heard. In addition, the Government missed their own deadline to launch their promotions and marketing consultations before the end of the 2018, meaning progress has been pushed back several months.

“Every child has the right to grow up healthy and it’s the role of Government to create an environment that supports this.

“I support Obesity Health Alliance calls for Government to fully implement the proposals in Chapter 2 of the Childhood Obesity Plan without further delay.”

At the event, MPs also heard about new polling data* which showed that:

“It’s great to see MPs pledging to support Obesity Health Alliance calls for obesity to remain a Government priority. With the current political climate, progress has been slower than we’d have liked. The Government now needs to get on and make sure child-friendly policies such as a 9pm watershed on junk food adverts on TV and online are brought in as quickly and effectively as possible.”

Progress against Government commitments made in chapter 1 of the childhood obesity plan (published in August 2016) is also a mixed bag. While the soft drinks levy has seen major success in reducing sugar from soft drinks, the promised updated school food standards and healthy ratings scheme for school have not yet been bought in.

Unemployment at highest rate since 1995: this Government is creating a jobless generation