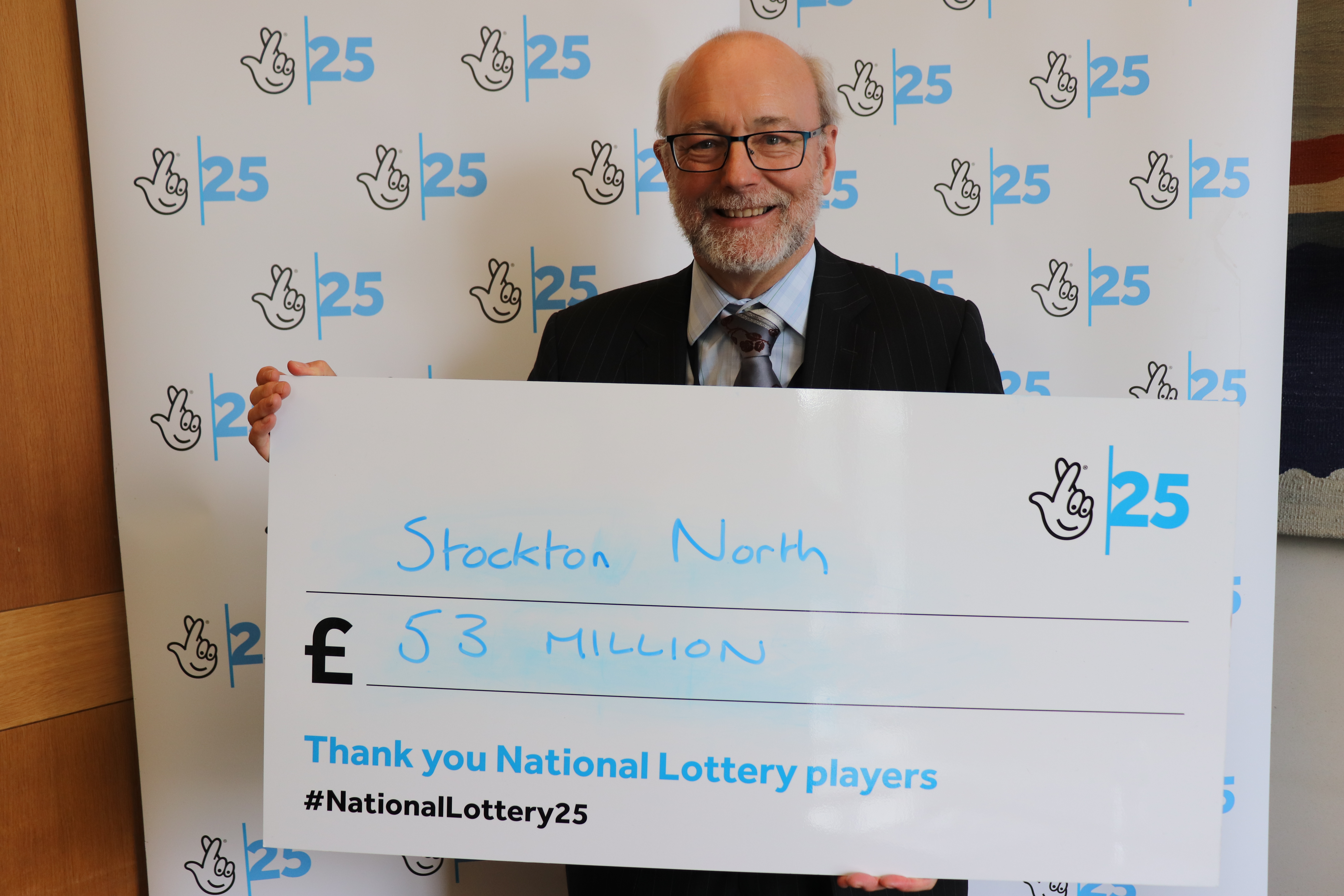 The National Lottery is celebrating 25 years since their first draw took place which has seen more than £40 billion awarded to good causes in the areas of arts, sport, heritage and community, with £53 million of this being given between 607 projects in Stockton North.

Examples of the organisations that have received the funding include the Libraries Opportunities for Everyone Innovation Fund which involved building and equipping purpose built spaces with Stockton’s two largest spaces, such as that used for the Dementia Café sessions. Another project funded was ‘A Way Out’, as part of the Women and Girls Initiative that aimed to establish an outreach engagement support services working with young women aged 16-24 at risk of being sexually exploited and involved in prostitution.

“It is fantastic to hear that projects within Stockton North constituency have received £53 million worth of funding.

“This funding has helped save lives, engaged those at risk of being isolated, and ensured our ability to maintain our heritage and local history. I look forward to see what comes next, and what local organisations continue to do to serve the local community.”