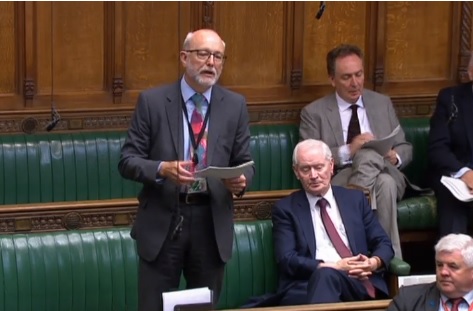 Tax avoidance of multinational corporations was on the agenda at International Development Questions, as Stockton North MP Alex Cunningham raised the issue of infrastructure and public service spending in the Global South (a World Bank term referring to low and middle-income countries in Asia, Africa, Latin America and the Caribbean).

Building strong public services is crucial to achieving the UN’s Sustainable Development Goals. But countries in the Global South are losing out on billions of pounds of revenue each year due to tax avoidance – money that could be spent on building up the public services its citizens need.

So what practical steps is the minister taking to ensure that countries in the Global South are supported to ensure that multinational corporations and other organisations who should be paying taxes, actually do so?

In response Harriett Baldwin MP, Minister of State for Africa and International Development, stated that support was being given to low-income countries to raise and manage public revenues and invest in education and health. The Minister also talked about DfID’s ‘Specialist Tax Department’ and the role it has played in raising revenue in the Global South, but stopped short at discussing tax avoidance. Speaking afterwards

Good public services and infrastructure in low-income countries is vital for not only their long-term prosperity, but for the future stability of the Global South and the rest of the world.

While I welcome the work DfID has done to work with the Global South in improving their public services, the Government needs to do more to tackle tax avoidance by multinational corporations and ensure that they pay what they owe.