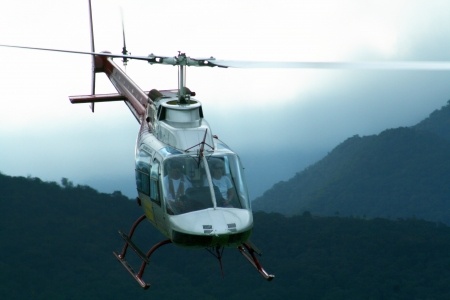 Following the tragic death of four oil and gas workers travelling home aboard a Super Puma AS332 L2 that crashed into the North Sea off the Shetland coast in late-August, Alex Cunningham MP has backed calls from the National Union of Rail, Maritime and Transport Workers for the Government to review offshore helicopter safety.

The Member of Parliament for Stockton North, where many residents are employed in offshore industries, recognised that this was the fifth crash involving a Super Puma since February 2009 – and the second fatal accident.  In April 2009, the same Super Puma model crashed into the North Sea killing all 14 passengers and crew on board.  The inquiry into that fatal accident will be held in January 2014, and Alex has tabled a series of Parliamentary Questions urging the Government to examine safety in this area.

An emergency meeting of the Helicopter Safety Steering Group on 24 August 2013 resulted in the suspension from flying of all models of Super Puma helicopter.  While their re-introduction was announced a week later, the AS332 L2 model involved in the latest and previous fatal accident remains suspended from passenger carrying flights.

With Super Puma models accounting for 60% of the helicopter fleet serving the UK offshore oil and gas industry, the need to ground helicopters produces a series of other health and safety issues for offshore workers.  Primarily, of the 16,000 offshore workers on 190 installations on 29 August 2013, more than 300 had already surpassed their allotted two-week shift which raises fatigue and associated risks.

“Working in often treacherous conditions for weeks at a time to locate and extract the energy that our country needs, the safety of our workers in the offshore oil and gas industries has to be paramount and they should be able to fly safe in the knowledge that all measures to ensure safety have been taken.

“The confidence of our offshore workers has been shaken by previous accidents involving Super Puma models, and the latest tragedy could hardly have come at a worse time.  The Super Puma EC225 variant, which was involved in two non-fatal accidents in the North Sea in 2012, had only been brought back into service two weeks earlier following investigations into mechanical failures affecting the gearbox, while the 25th anniversary of the Piper Alpha disaster remained fresh in the mind.

“I have tabled Parliamentary Questions to establish what steps the Government has taken to reassure offshore oil and gas workers over the safety of Super Puma model helicopters, and to encourage a full and independent review of all offshore helicopter operations.  I will be very interested in their response.”

Getting ‘winter-ready’ with British Gas